Pick up that damn breastmilk! “Army Wives” and Masculinity

In the wake of my mildly controversial decision to like Little Mosque on the Prairie, I’m going to up the ante and say that I also don’t mind Army Wives, when I can screen out the heroic-soldiers-deploying-to-Iraq side of things…. Read More ›

Question OTD: What makes for a blog that excites you?

I’ve totally nabbed this idea from this post at Feministing, although I’m putting a bit of extra spin on it, because I like a bit of analysis alongside my lists of links. For those of you who use feedreaders, which… Read More › 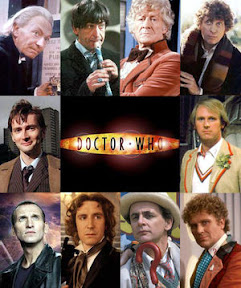 As part of an excellent essay on the role of the Nostalgia Factor in the Russell T. Davies (RTD) era of Doctor Who, Iain Clark makes many excellent points about both the new and the old series of Who, why Sarah Jane Smith was really the only choice as a returning former-companion for the new generation of Who-watchers, and the differing emphasis paid to character vs story in each.

Clark is writing what purports to be merely a review of the one episode of the second RTD season, yet by the end he’s engaging in an analysis of the entire Rose Tyler era in counterpoint to what we see of the characters in School Reunion.

“I looked into the blacks of his eyes”? Big Brother 10

I’m not planning to blog as much Big Brother 10 from the USA as much as I do the Australian and UK versions, I swear. For a start, the USAn version is populated much more by fifth-rate Hollywood wannabes. In… Read More ›