Home › Life › health › Working Mum it’s all your fault too.

Working Mum it’s all your fault too. 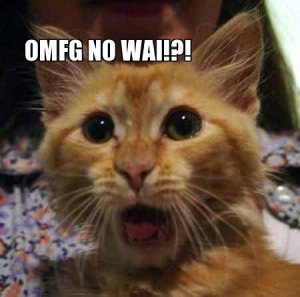 Just when you thought it was Ladies of Leisure being at fault now it’s working mothers making their children fat.

A study has found that the more mothers work during their child’s lifetime the more likely their children are to suffer from obesity.

Researchers from American University in Washington, Cornell University in New York state and the University of Chicago studied data on more than 900 primary and middle school-aged children in 10 US cities.

They found that the total number of years the children’s mothers worked had a cumulative influence on their children’s body mass index (BMI) – the weight to height ratio used to measure if a person is overweight or obese.

“Every period of time (averaging 5.3 months) a mother was employed was associated with an increase in her child’s BMI of 10 per cent of a standard deviation,” says the study which was published in the journal Child Development.

“For a child of average height, this is equivalent to a gain in weight of nearly one pound (half a kilogram) every five months above and beyond what would typically be gained as a child ages.”

The findings were strongest among children about 11 years old.

So. Mum is to blame. I’m guessing that this study wasn’t done solely using single mother families, so where is Dad or Partner in this study? [Note: this could have been selectively ignored for the purposes of the media article]. Why isn’t someone else in the family shopping for healthy food and cooking healthy meals if Mum can’t? Why is it still Mum’s fault? [rhetorical question]. When will the obesity panic end? [another rhetorical question].

The researchers were unable to clearly explain the findings but theorised [emphasis added ~Ed] that because working mothers have little time to shop for healthy food and prepare meals, they and their children eat more fast and packaged foods, which tend to be high in fat and calories.

Childhood obesity in the United States has tripled in 30 years.

Today, one in three US kids is overweight or obese, meaning they are more likely than their normal-weight counterparts to grow up to be obese adults and suffer from obesity-related conditions including diabetes, cardiovascular disease and fatty liver disease.

Childhood obesity has also been linked to “behaviour and academic problems in adolescence and adulthood”, [here would have been a great place to provide some links to some research which supported this claim. Has anyone heard this one before?] said the lead author of the study Taryn Morrissey, assistant professor in public administration and policy at American University, calling for healthy foods to be made more accessible to working families.

So they didn’t actually talk to any of the families it would seem. I wonder what “healthy foods be made more accessible to working families” actually means? It would also be interesting to see who the other researchers in the study were and if they are specialists in Child Nutriton, Child Health, Child Growth etc. I know 2/3s of sweet FA about Public Adminstration and Policy but I’m guessing that it doesn’t include a lot of stuff about children’s growth in the curriculum.