You might have heard, Brisbane and huge parts of Queensland have gone under water in a catastrophic flood. To put that in perspective, this is an area of land the size of France and Germany combined affected by the floods. Brisbane, which is the capital of Queensland is the fastest growing city in Australia and rates third for size in the country. As you might imagine, some absolutely tragic events have been unfolding in this flood.

I had to leave work in a bit of a hurry as I work right in the CBD, which was a surreal feeling; but apart from that my own family has been safe from the flooding, although we have no power for the foreseeable future and have had to be adopted into someone else’s home. So much fun with our kids in tow.

The inner-city of Brisbane is one of the worst affected areas as those are the suburbs closest to the Brisbane River. If you know the West End area of Brisbane – it is where all the cool kids live – then you might recognise (or possibly not) some of these iconic places.

(All photographs taken by film-maker, Jackie Ryan. She has kindly given permission for their use here and they have not been previously published. Please credit her accordingly if you reproduce any of these images). 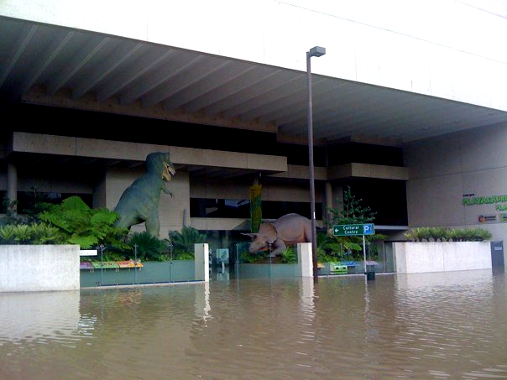 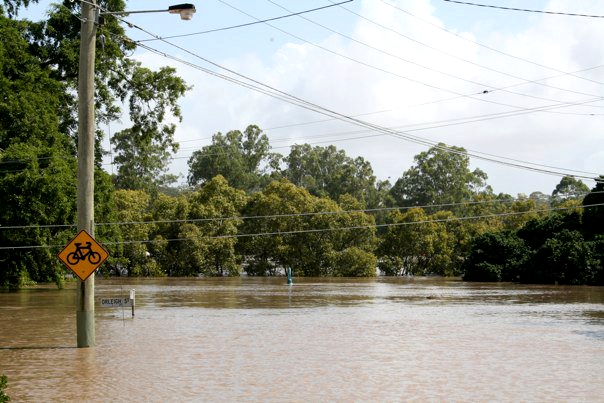 Orleigh Street, West End. One of our favourite playgrounds is somewhere deep under water in there. 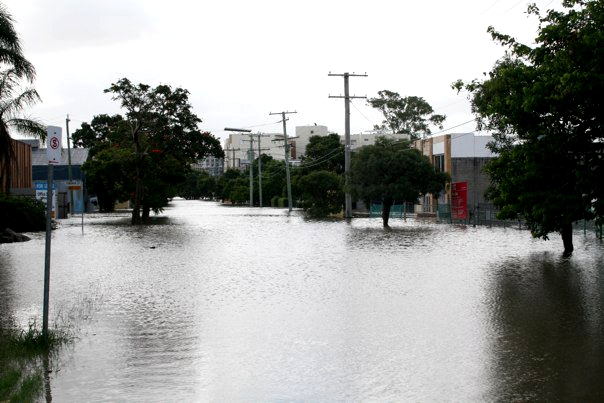 The Green Bridge, arriving (and abruptly ending) at The University of Queensland. 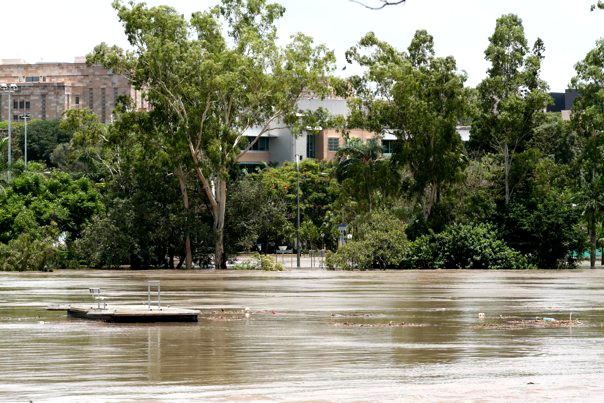 The view from Highgate Hill to The University of Queensland. That is a concrete pontoon unanchored and floating by in the foreground. 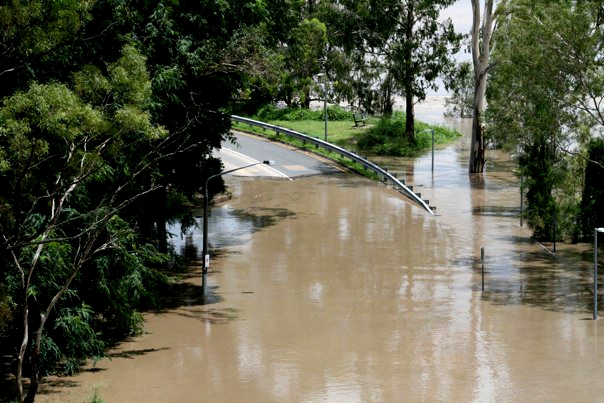 The Dutton Park Cemetry (very early in the flooding – this would now be entirely under water). 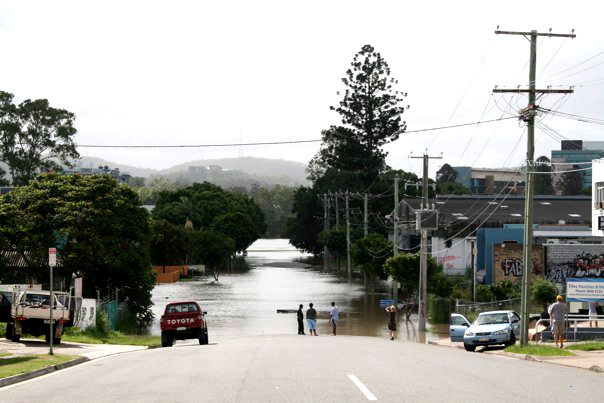 See here for information on donating to the flood relief. See here for extraordinary footage of one of the flash floods, if you haven’t seen it already.

(Also, hope I didn’t bust your Internet connection with this photo-heavy post).