Dividing the pie: perception vs reality 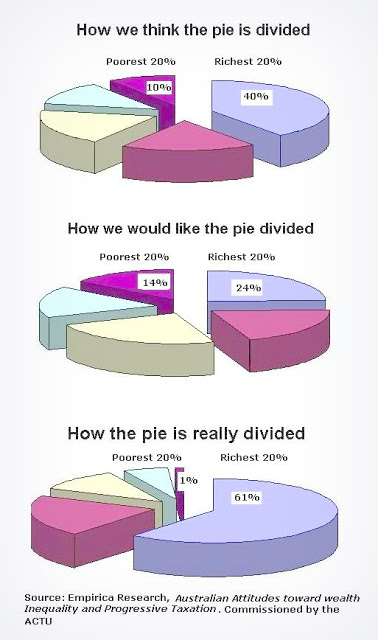 Source: new research commissioned by the ACTU (via Peter Martin’s summary: We think the rich are too rich. But they’re even richer..

Presented with two unlabeled charts showing the actual Australian distribution of wealth and the more unequal distribution in the United States only 22 per cent wanted to live in the US… Among Coalition voters the proportion preferring to live in the US was 24 per cent, among Labor and Greens voters 20 per cent.

Like Loading...
‹ On A Woman Choosing Not To Date A Geek
Quicklink: Doctor Who Season 6B Episode 1 review ›