She’s on top of the world after demolishing Serena Williams in the US Open final, and who can blame her? 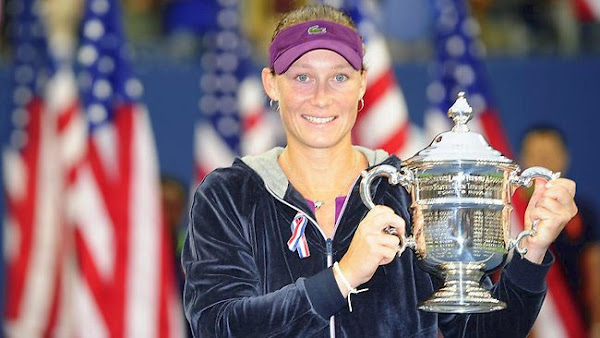 The result made her Australia’s first grand slam champion since Evonne Goolagong Cawley secured her second Wimbledon title in 1980.

It was the first time the nation had claimed the women’s singles crown at the [US Open] tournament since Margaret Court Smith in 1973.

“I think I had one of my best days so I guess I’m very fortunate to have been able to do it on this stage in New York where I’ve always loved to play, so thanks everyone,” Stosur said.

“Ever since I really started playing and knew what a grand slam was, this was always a dream of mine to be here one day and I don’t really know what to say or how how I’m feeling.” [source: samstosur.com] 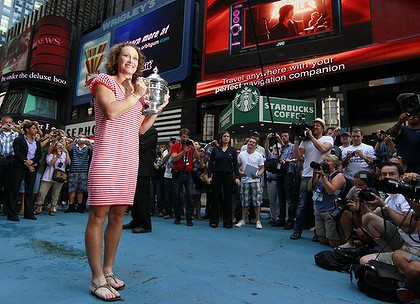 I’ve long admired Stosur’s composure, particularly in face of fickle Aussie support over the last few years when she’s “only” reached the finals or semifinals instead of being “a winner” (which will now all be forgotten as if nobody ever called her a “choker”, of course). I’ve really enjoyed the pics of her on the telly this morning wearing such a very simple and comfortable outfit to get around the chat shows and photo ops with her trophy, too (apparently it’s expected that the winner poses in Times Square – how typical that I didn’t know that because the Aussie press only covers if “one of ours” is the winner). I hope Stosur has a fantastic and well-deserved break for a few months without the stress of travel and competition until the Grand Slam season opens up again next year.