How To Deny Men’s Sexism

Inspired by a conversation elsewhere… 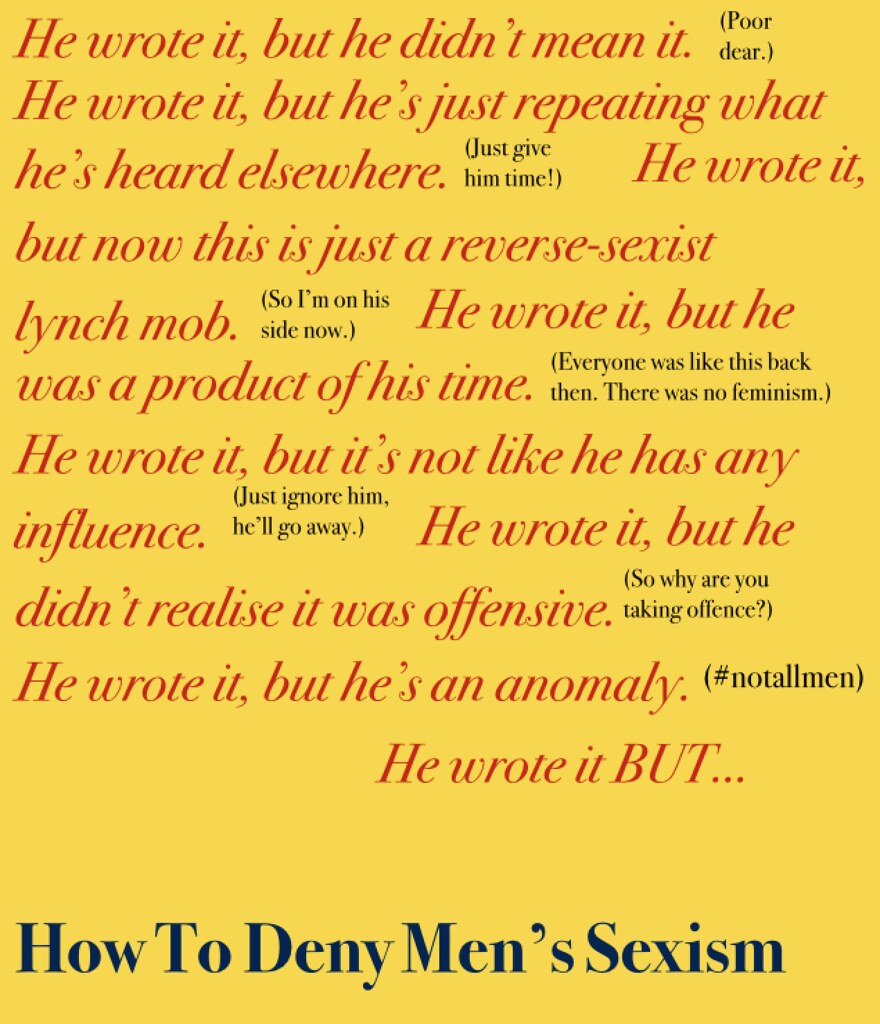 Image description: A rectangle roughly the shape of a book cover, with a sepia background. It is covered with red and black text in the style of the text of the cover of Joanna Russ’s “How To Suppress Women’s Writing”. Text is as follows:

He wrote it BUT…

(in bold) How To Deny Men’s Sexism”