Heads up for the Royal Australasian College of Physicians 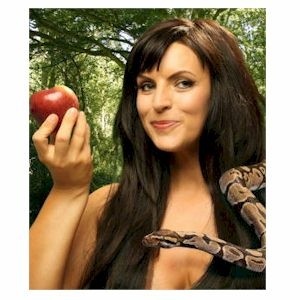 Totally not-blamey image of a typical woman who is totally not to blame!

I see an article in today’s SMH about yet another survey about sexual culture and mores which, of course, is in no way influenced by gender stereotypes.

Sex-education classes are failing to teach young women the skills they need to resist having sex they will later regret, an academic has said…

…Often neglected was the importance of teaching young women negotiation skills so that they could resist pressure from their peer group and partners.

Researchers at the University of Western Australia interviewed 68 girls aged 14 to 19 about the first time they had sex.

Read the whole article. What is missing here? Yup, that would be boys. And men.

I’m so sick of this deeply-entrenched idea that it is the responsibility of women and girls to police the boundaries of sexual behaviour and that, as we’ve seen in the Matthew Johns furore, men and boys are simply aggregations of brainless erectile material that can only be corralled, never asked to take responsibility themselves. As I’ve said elsewhere, and many have said before me, that view isn’t particularly complimentary to boys, is it?

I’m all for teaching girls to be more assertive, naturally. It comes with the territory of feminism. But not where it’s intended merely to compensate for boys’ bad behaviour. Why didn’t this study advocate behaviour modification as a necessary element in sex education for boys? Why can’t sex education address the rape myths and other toxic elements in our culture that keep the same bad things happening year after year?

As the events of the last few weeks have shown us, again, it’s not all about the girls.

(Update: H/T to Lauredhel for the totally-not-blaming-girls image, found on a page displaying the same article in the Independent Weekly.)

Crossposted at the Balcony