Wendy and Peter Pan and the RSC

Hands up who knew (or at least now remembers that they once knew) that the original play (and subsequent novelisation) by J.M. Barrie was titled “Peter Pan And Wendy” rather than just the “Peter Pan” that current publications and productions favour?  Rather ties into the marginalisation of female characters issue that Geena Davis discusses, doesn’t it?

I hope this RSC adaptation titled “Wendy And Peter Pan” is a rollicking success this winter season in the UK so that it starts travelling the world ASAP. 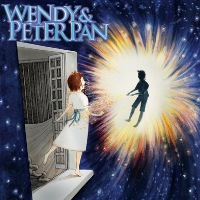 Winter 1909. Snow is falling across London. Wendy Darling and her brothers sleep peacefully in the bedroom, as their parents bicker downstairs. In a sudden flurry of snow their window blows open, and into their lives tumbles a mischievous boy called Peter. Shortly followed by a very fractious fairy by the name of Tink.

In the magical Peter Pan, Wendy sees not only a great adventure, but also a chance to rediscover the key to her parents’ lost happiness. With the aid of a little fairy dust she agrees to fly with Peter to Neverland. There she will give the Lost Boys a run for their money, defeat Captain Hook and his pirate crew, and ultimately, learn what it means to grow up.
Source: RSC What’s On Winter Season 2013

Hickson says that when she went back to Barrie’s originals – especially the 1911 novel – she realised how much the theme of death featured. “It’s something Disney downplayed but I wanted to reverse that. Also the female characters get a rough ride in the original. I knew I needed to change that too.

“But my first draft was much closer to the original play and included almost everything. But I liberated myself from absolute purist loyalty quite early on. That wasn’t wilful disobedience: tonally I felt I needed to shift the story quite a lot.

“A lot of what Barrie did on stage in 1904 isn’t going to work now. Some of the characters are very saccharine, especially Wendy. A contemporary audience won’t buy that.

“And, from a playwriting point of view, it’s very expositional. So people are forever explaining at length how they feel and what they’re about to do. That leads to lots of direct address, with the characters standing there talking to the audience. In terms of contemporary drama that’s seen as non-dramatic.