Belated again – I meant for this to go up yesterday.

I’m sure you’ve all seen many tributes over the last few days. Elizabeth Taylor was one of those screen legends everybody knew about, but we didn’t really know much about what she was like in person. For someone whose romances were so relentlessly scrutinised, and who did so much highly public AIDS activism in later life, she kept the rest of her life remarkably private. (Good for her.)

I’ve rounded up a few photos that I hadn’t seen before to share with you, and a marvellous video from a 1954 TV show found by Pavlov’s Cat. 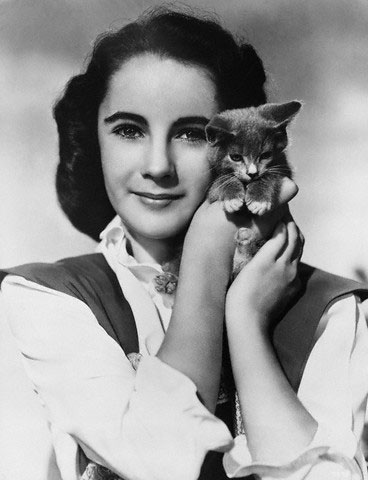 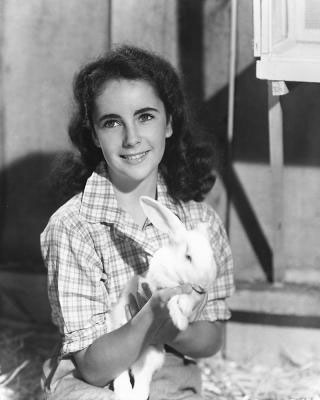 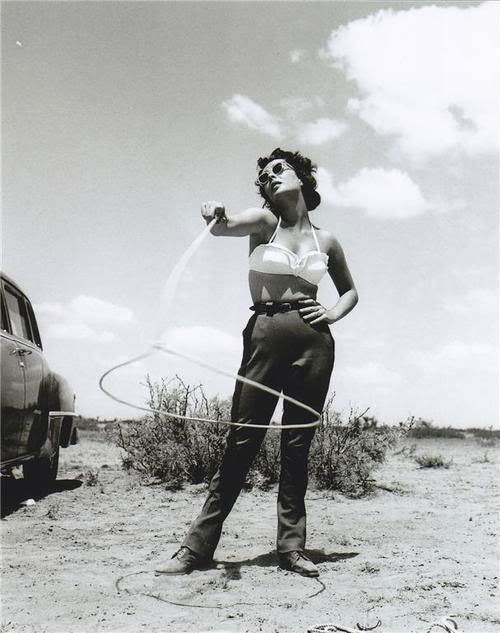 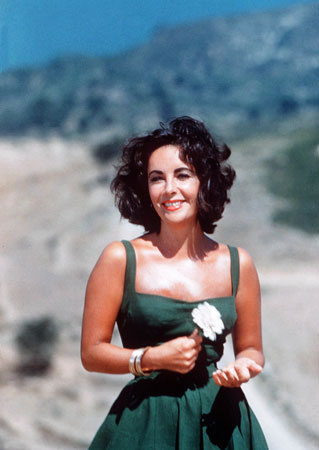 What strikes me about Taylor is that, having secured her financial independence at a very early age with her ability to always earn good money whenever she needed to, she was able to interact with the world of celebrity very much on her own terms for most of her life, and although she was in more than one difficult marriage, she never had to stay in any of them longer than she really wanted to. I suspect that many of those who made dismissive jokes about her many marriages over the years were really just rather jealous of the freedom that she had. She was also, quite obviously, a very smart cookie – which probably annoyed some folks too.

Elizabeth Taylor appears looking very glamorous in a super-stylish maternity coat while the panel has their eyes masked. She talks in a very high-pitched nasal voice and a sorta Southern accent. The audience is utterly delighted with her comic timing, which gives the panel a big clue that she is very opposite in person from the voice stereotype that they are hearing.

After the big reveal she pitches her about-to-be-released flick, The Last Time I Saw Paris.