The current Zimbabwean Minister for Reconciliation, Healing and Integration has a long history with Australia, going back to her days as a university student, during which she was instrumental in founding the anti-apartheid movement here. She married an Australian, and one of their two adopted, grown children is Aboriginal. So when Sekai Holland returns to Australia she has at least as much to tell us about ourselves as about the country in which she was born, and where she now does most of her work.

Watching Q&A on the ABC is often an exercise in ranty frustration. If their twitter feed is any guide, audiences experienced a rare moment of unity when Sekai appeared as a guest, as comment after comment praised her grace, articulateness and sense (also sharing a collective gasp at the sheer awfulness of Grahame Morris, in his infinitely cruder attempts at plain speaking). In this forum, she was willing to tell us that “women need to vote in their own interests”, which no local politician dares to say. Here and in other interviews she makes the most of any opportunity to remind us that Australia has still not amended its constitution to acknowledge this country’s Aboriginal history, a fact that it is absurdly rare to hear mention of at present. She was most eloquent in explaining her ability to continue to work with the government whose people almost killed her, describing her task as to dismantle the mechanisms by which violence is used to govern, rather than to depose any single person. I strongly recommend watching the episode (transcript included at the link).

Sekai was here this week to accept the Sydney Peace prize, and give its associated lecture. The transcript of her speech, delivered last Wednesday night at Sydney Town Hall, is not yet up, but will be put on The Sydney Peace Foundation site. The site currently has a great round-up of links in the bottom right corner of this page. The Sydney Peace Prize jury’s citation reads: ‘Sekai Holland: for a lifetime of outstanding courage in campaigning for human rights and democracy, for challenging violence in all its forms and for giving such astute and brave leadership for the empowerment of women.’ 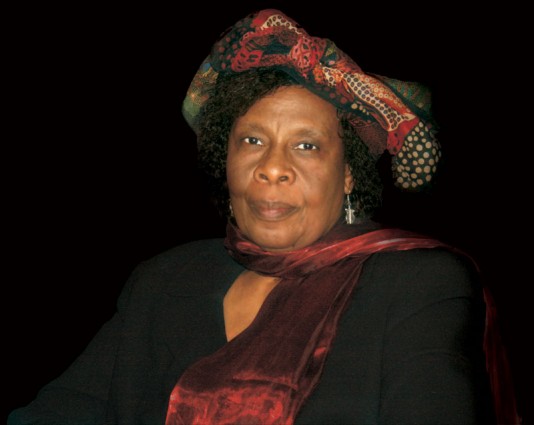 Like Loading...
‹ DCI Peter Fox calls for Royal Commission into paedophilia within the Catholic Church
Otterday! And Open Thread. ›