7. Australia is a post-secular, pluralist society. Religion plays an important role in our nation and should be included in the education curriculum.
Australian Christian Lobby National Curriculum Survey 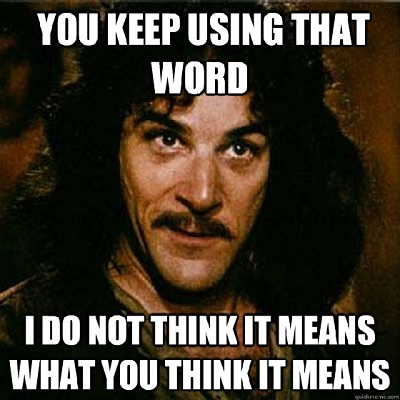 Secular is one of those words that theocratic propagandists have shifted the Overton Window on, to make it seem like secular is the opposite of pluralist when in fact it is only a secular stance that makes pluralism possible. Post-secular? Hm.

Going through the survey it becomes clear that the ACL wants schools to teach that our system of law and philosophy owes more to Christianity than to the Romans and Greeks of classical antiquity, to teach that the Enlightenment era of social reforms owes more to Christianity than it does to Freethinkers asserting the independence of the State from the Church, and to teach creationism in the science curriculum.

6. Our dating system hinges on the life of Jesus Christ. The terms Before Christ (BC) and Anno Domini (AD) recognise this fact and should be retained.
[…]
8. Faith-based school communities and families who homeschool should have the flexibility to teach creation alongside evolution and the big bang theory.

The weasel wording in Q8 is particularly impressive. Evolution and the big bang theory are relatively advanced topics in the science curriculum, whereas creation is a fundamental religious narrative that is taught to children in faith-based families and communities from pre-school onwards. Why should a religious narrative need to be revisited years later as a special part of the science curriculum when the regular religious education classes have been keeping it front and centre throughout a child’s school years anyway? Unless perhaps what they are actually pushing for is that if a child from a faith-based schooling background answers a science question with a creation answer then they will not be marked down in the standard tests.

I know a reasonable number of religious families. They teach their children about their religion at home and in their houses of worship as part of their daily routine before and after school. Adding extra religious-based education to the school curriculum will not teach their children anything that they are not already being taught outside school hours. So who is this push for more Christian content in the national curriculum really meant for? It can only be meant for children in families who are not already part of their faith community, and that is proselytisation pure and simple, and should not be part of taxpayer-supported education.

Keeping religion and the state separated (secularism) protects believers, by the way – because no believer wants to live in a state which actively supports a religion that is not their own. You’d think that centuries and millennia of recorded persecution and bloodshed due to religious conflicts (within and between all the major faiths around the globe) might have highlighted the dangers of states preferencing one religion over others, but that doesn’t seem to be the history of religion that the ACL wants to promote.

P.S. I really wish I had noticed that it was Darwin Day yesterday when I published this. Sorry about that, Charlie!

Like Loading...
‹ Bertolt Brecht: Questions from A Worker Who Reads
#AWW2014 Book Review: The Sunlit Zone by Lisa Jacobson ›