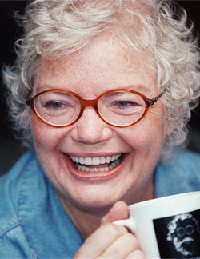 The late great Molly Ivins wrote everything anyone needs to know about Camille Paglia way back in 1991. This is my favourite paragraph (although it’s a tough contest):

If, after reading that Ivins piece, you’re still interested in serial trollumnist Paglia’s latest attempt to be culturally relevant via anti-feminism (content note: discussion of rape myths and rape trivialisation), David Futrelle has taken it on over at We Hunted The Mammoth.

Or you could read this memorial collection of pointed pithiness from Molly instead.