We’ve been discussing arguments that couples have over surnames intermittently on our open threads lately, and blue milk just posted a fascinating quote from an MRA about those evil feminist hags and their surname agenda, so reposting this examination of historical hyphenating tradition seems timely. First published in 2006: this version has been lightly edited.

So Brangelina’s baby has been born – Shiloh Nouvel Jolie-Pitt. There is undoubtedly going to be a lot of sneering at the choice of personal names, but today I’m looking at the family name.

Jolie and Pitt had already decided on the hyphenation when he decided to petition to co-adopt Maddox and Zahara, Jolie’s two adopted children. And the order they’ve chosen is what is seen as usual – the woman’s name first, the man’s name last. This has become so customary that when my husband and I chose to hyphenate our surnames for the kids with his name first and my name last it was considered odd. I later found that at least one of our acquaintance wrote a letter to my mother-in-law where added to the litany of complaints about me was that by ordering the surnames thus I was belittling my husband (all those people who tell you that you shouldn’t read other people’s letters are right you know, even if you’re doing it as part of a deceased estate clearup). 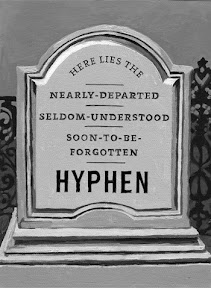 Now, we actually chose to do it that way around because we thought the surname combination sounded better that way – a purely aesthetic/euphonic choice. Also, there was no real traditional reason for us to do otherwise, despite what that acquaintance and others since may think.

When hyphenation of surnames first began in Europe, it was a sign of alliances between two noble families of equally ancient name, perhaps with one of them limited to a sole daughter as heiress, and by combining surnames the wife’s family name was kept alive – in these cases the wife’s surname was usually secondary, as either her family had demonstrated a lack of reproductive vigour, or if the two families were considered otherwise equal then of course the man’s surname would come first. e.g. the Anstruther-Gough-Calthorpe family, of Birmingham England, have twice had a man’s surname placed pre-eminent to the woman’s – first when a Gough married a Calthorpe heiress (1776), and then over a century later (1898) when an Anstruther married a Gough-Calthorpe heiress.

The most impressive accumulation of aristocratic surnames (in Britain anyway) would have to be the quintuple-barrelled family name of the extinguished line of the Dukes of Buckingham and Chandos (the title has long since been subsumed into the crown, which is why the Queen’s got Buck House for her London palace). Perhaps they were fatally bowed down by the weight of labelling all their stuff with Temple-Nugent-Brydges-Chandos-Grenville?

Where the hyphenating phenomenon became most common however was in the period of less-well-off-than-previous-generations aristocrats/gentry marrying their daughters off to nouveau riche industrialists of no breeding, and in order to emphasise the high status of the bride, the husband named Smith/Smythe/Brown/Carpenter/etc would hyphenate his proletarian surname with his wife’s maiden name (because obviously the husband shedding his name for hers was unthinkable). Because the bride’s family was socially superior in these cases, her name came before his in the combination (this was also why “double-barrelled” names were so widely mocked from this period onwards – people who were “really” Smiths and Browns were “putting on airs” of nobility). This was seen far more often in recent generations than the aristocratic-alliance equivalent, and has come to be considered the norm.

So, if one examines the history of double-barrelled surnames in full, by choosing to place my husband’s name before mine in our children’s surname combination, I could be considered to honour his family’s social status above my own (rather than the belittling of which I was accused), were it not for the fact that our choice was not class-based at all. As we considered our families equal on the social ladder, neither of us felt that the kids would have their place in society imperilled by the placement of surname, so we just went with what sounded best.

Mr Tog even offered to not only have the kids use my surname alone, but to change his surname likewise (he’d never liked the one he had). That seemed like too much trouble for us, so we just lumbered the kids with a hyphen instead, and will wait to see what they decide to do if they end up partnered with another hyphenated person.

There is a lovely example of this in an British 20th century interbellum novel, Mapp and Lucia by E. F. Benson, where the genteel Miss Mapp eventually through much effort lands in late middle age the respectable charms of Major Benjamin Flint. Not wanting to give up her own family name, the couple decide to hyphenate, and no-one in town is much surprised when they characteristically end up as the Mapp-Flints and not the Flint-Mapps (who were the Flints, after all?).

I have no idea whether Pitt and Jolie made a euphonic decision, a faux-traditional man’s-name-goes-last decision, or a conscious decision that as second generation celebrity the Jolie outranked the Pitt. But anyone else considering hyphenation shouldn’t be constrained by feeling that the man’s name always ought to be last – if that combination sounds like crap, for the love of Invisible Pink Unicorns, don’t do it.

Like Loading...
‹ Repost: Nice Guys (TM) redux and what makes an ideal husband and father
Girls Not Brides, a new campaign against child marriage ›