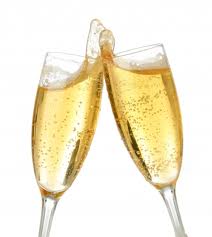 A few days ago I caught up with Tigtog, who’d flown to Melbourne from Sydney to attend the AdaCamp unconference. I also had the opportunity to meet other people I’ve “met” in the blogosphere, including Mary Gardiner. Mary is, of course, one of our Hoyden authors, and the co-founder of the Ada Initiative, besides other achievements and activities too numerous to mention here.

Yesterday, on Twitter, we learned that Linux Australia has just awarded the the Rusty Wrench Award to Mary:

The Rusty Wrench Award is an award started by Jeff Waugh to recognise outstanding service to the [linux / open source] community. It was named after Rusty Russell, one of Australia’s most prominent contributors and community members who started linux.conf.au (before it was called linux.conf.au 🙂 and has been a source of inspiration and amusement for a number of years. The award is presented to a person of the previous awardees choice, in liason with the Linux Australia Council.

I want to join with all the Hoydens in raising a virtual glass of open source champers and toasting Mary on her award. Congratulations, Mary!