Most people on this blog are well aware of the historical evidence that pink has not always been for girls, but to add to your bookmarks, here’s Cordelia Fine in New Scientist running through some more of the scientific evidence that gendered toys are a product of socialisation rather than genetics. 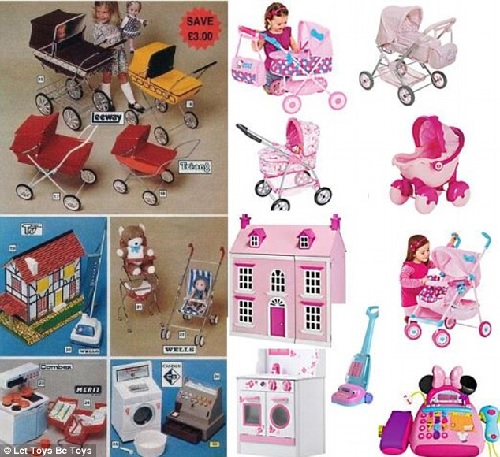 Back in the 70s, ‘girl toys’ weren’t just pink (and weren’t marketed only at girls, either) | source: http://www.lettoysbetoys.org.uk

The big toy companies don’t want boys and girls sharing the same toys rather than having duplicates in different colours. The big clothing companies don’t want boys and girls wearing longlasting clothes as hand-me-downs to each other rather than wearing shoddily made separate clothing lines. It’s ridiculous how successful they’ve been at selling the idea that what helps their bottom line is somehow innate rather than engineered.