In Support of Captain Bridget Clinch 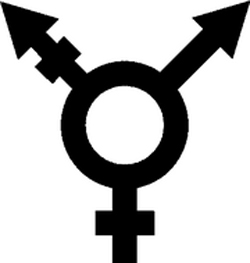 Captain Bridget Clinch is a pretty awesome woman. It’s because of her that the Australian Defence Force changed its policy, which banned people undergoing or contemplating gender reassignment from serving. She risked the job she loves — the job she’s wanted since she was a teenager — in order to be able to serve openly and honestly as a woman.

Of course, that doesn’t mean that everything is hunky-dory. Captain Clinch is going to have to divorce her wife — although they remain very much in love — in order to be legally recognised as a woman. Australia’s regressive policy that does not allow for same-sex marriage means that she will not be allowed to transition legally while married to a woman. (And yet, somehow, the opponents of marriage equality claim that they are protecting marriage — cognitive dissonance, much?) Furthermore, Captain Clinch’s story is presented to the world in articles like this one from the SMH, which consistently misgender her.

As our own Queen Emily reminded us on the recent transgender day of remembrance, it’s not just explicit acts of violence that threaten the lives of transpeople. Things like this–misgendering, not honouring the relationships that transpeople have formed, threats to dreams and livlihood–all make the world less safe for women like Bridget Clinch.

Captain Bridget Clinch, I support you.